1 .- What do we have in common with other primates, in what aspects are we unique?

Well, that depends on which primate species you mean. Overall, though, our sociality makes us similar to most other primates. The more interesting issues are our uniqueness and why. Among other traits, our brains are at least 3 times the size of our closest relatives; our developmental period is about twice as long; men often invest heavily in children; we have families and can have long-term bonds between spouses (this varies across cultures though); women have concealed (more or less) ovulation and menopause; we create sophisticated cultures and pass information across generations.

2 .-In your book on the evolution of mind, you reject both the idea of a strictly modular brain and that of a brain with only general skills. How are genes expressed in the developing brain to mold the human mind? What is innate and what is environmentally determined in our capabilities and qualities (personality, intelligence, emotions, sociability, … etc)?

I think the human brain is a mix of what I call soft modules – there are inherent constraints on the types of information they process but they are modifiable within these constraints – and evolved systems that can act on and modify these modules or link them together in unique ways. This is general fluid intelligence. So, we have innate attentional and cognitive biases and underlying brain systems that allow us to process faces, gestures, natural biological motion, among many other competencies. We also have the ability to learn to discriminate one person from another, collect knowledge about their personalities, likes, dislikes, how they think and so forth. The constraints implicitly direct our attention to what is important in our world – or at least was important in the world in which the systems evolved – and result in core categories of knowledge organized around people, other species used as food and medicine, and the physical world (e.g., for constructing shelter, defining a hunting range).

But, social dynamics and the ecologies in which humans live are not entirely predictable. This variation across generations and within lifetimes sets a premium on flexibility, the potential for our soft modules to be modified. We all process faces – an inherent system – but we all recognize different faces because we have been exposed to different people. This plasticity is evolved too. This plasticity, again with constraints, is also found in our personalities and emotional sensitivity. I lay out a theory of how all of this works and how it is related to intelligence and the modern world in my book. It is all well and fine to say these are a mix of biology and experience, but progress depends on our understanding of how this mix occurs and why it may occur to differing degrees in different people.

3 .- How are mathematics processed in the brain? What role does language play in it? Do not we measure, in general, more approximately than accurately?

Mathematics is a large scientific field and much of it must be taught in schools. The more biologically-based abilities appear to include a sense (approximate) of magnitude and quantity, use of a few number words for counting small sets, and an intuitive sense of addition and subtraction. Number words are one of the early language influences, but extent of these words varies across cultures, and probably would not extend beyond three without some formal or informal education (e.g., parents teaching their children number words).

4 .- What social and ecological pressures do you think are on the basis of an increased brain along the hominization? Are our consciousness and our intelligence the result of a social Machiavellianism, of a physical environment requiring new skills, of both things, or otherwise? Might sexual selection, apart from natural selection, have played a significant role in enhancing our cognitive abilities?

I like Richard Alexander’s model of ecological dominance followed by a ramping up of social competition. In other words, ecological pressures – finding food, shelter, avoiding predation – were relatively more important early in our evolution. As our ancestors became better at using tools, fire for cooking, and creating shelters, these pressures became less important. One consequence is reduced child mortality and population increases. The latter results in more rapid depletion of ecological resources per capita and thus more intense social competition for control of these resources. I believe our consciousness – awareness of one’s self as a social being – evolved as a result of this social competition. I spell out a fairly detailed model of this in Origin of Mind.

Intense social competition, including sexual selection (e.g., men’s warfare and coalitional aggression), will create pressures for the evolution of a larger, more flexible, and sophisticated brain, as we see in humans but in different ways for women and men. I spell out some of these ways in my book Male, female, and will provide much greater detail and elaboration in the next edition (which is almost done). One of the more interesting things about people is that men and women are pretty similar in terms of fluid intelligence, but differ in some of the soft modules (e.g., face processing, processing of distance for navigation).

Language is helpful in that it allows us to label ourselves (e.g., I am shy, confident…) and describe our experiences, but self awareness and consciousness appear to engage different areas of the brain than does language.

6 .- Is intelligence something reducible to a coefficient (g)? Do you think there are, as Gardner postulated, multiple intelligences as different ways of biological adaptation generating diversity within the species?

General fluid intelligence – the ability to focus attention, inhibit distractions, and deal with multiple pieces of information in logical ways – is important for coping with and learning about evolutionarily novel things, as in much of modern-day mathematics. As I noted, we also have a system of soft modules that make us intelligent in other ways; e.g., in our intuitions about and ability to get along with other people. As societies become more complex and the knowledge base more remote from the world of our ancestors, however, fluid intelligence becomes more important.

7 .- Is the human mind ready for the challenges imposed by a society as complex as the one we have created? Do our minds not keep behaviour and understanding patterns that were adaptive in the evolutionary past but today can be detrimental for coexistence and survival?

Some minds are more ready than others. Those fortunate enough to have comparatively high levels of fluid intelligence can adapt more easily than others can. These brighter minds can also create innovations, such as the internet, that make life easier for the rest of us. Technologies become more user friendly – that is, smart people design them better – as their interfaces become more similar to how humans naturally process and think about information.

Sure, the over abundance of food in modern societies makes staying at a healthy weight and staying fit more difficult. If we had to spend five hours/day hunting or gathering, we’d all be healthier, though less productive at work. Sitting in classrooms and learning about things that our ancestors never dreamed of is difficult too, but necessary for living in the modern world.

8 .- What significance do you think culture has in our thinking?

Culture is a shared system of beliefs and ideas that is passed from one generation to the next. These ideologies promote widespread cooperation and allows us to create a division of labor, specialize and thus get better at what we do, among other things. Without the cultural innovation of schools, we would not be able to communicate through reading and writing. Gaining a better understanding of the interface between evolved biases and cultural innovation is one of the next great challenges for the next generation of evolutionary psychologists. 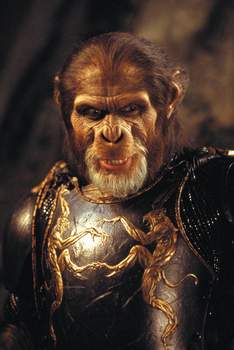 This website uses cookies to improve your experience while you navigate through the website. Out of these, the cookies that are categorized as necessary are stored on your browser as they are essential for the working of basic functionalities of the website. We also use third-party cookies that help us analyze and understand how you use this website. These cookies will be stored in your browser only with your consent. You also have the option to opt-out of these cookies. But opting out of some of these cookies may affect your browsing experience.
Necesarias Siempre activado
Necessary cookies are absolutely essential for the website to function properly. This category only includes cookies that ensures basic functionalities and security features of the website. These cookies do not store any personal information.
No necesarios
Any cookies that may not be particularly necessary for the website to function and is used specifically to collect user personal data via analytics, ads, other embedded contents are termed as non-necessary cookies. It is mandatory to procure user consent prior to running these cookies on your website.
GUARDAR Y ACEPTAR